Jennifer M. Groh, an assistant professor at theCenter for Cognitive Neuroscience and in theDepartment of Psychological and Brain Sciencesat Dartmouth College, studies how the brain computes.She is the author or co-author of numerousarticles, which have appeared in such journals as"Neuron," "Current Biology," and "The Journalof Neurophysiology." 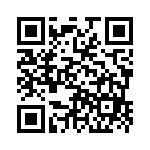