Charles Travis is Professor of Philosophy at King's College London, and a researcher in the University of Porto's Institute of Philosophy, and, more specifically, the Mind, Language and Action Group. He received his doctorate from UCLA, and has taught at a number of universities in the United States, Canada, the Netherlands, Scotland, and England. Besides perception he has written on philosophy of language, Wittgenstein, objectivity and the idea of forms of thought, and issues in philosophy of psychology, notably concerning propositional attitudes. 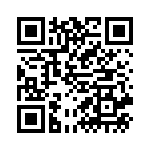