An enormous historical by a Japanese bestselling author renowned for such blockbusters as The Opium War, this telling the story of a mid-19th-century Chinese religious revolution that threatened to ... Read full review

Believing that its activities may advance his own interests, influential Chinese merchant Lian Weicai sends his son Liwen to join the subversive Society of God Worshippers. Liwen finds himself ... Read full review

Shunchin is a leading writer of historical fiction in Japan. He is the recipient of a number of distinguished Japanese literary awards and prizes. 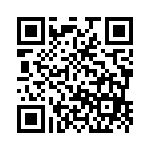