I bought several copies of this book for Easter gifts. The recipients were thrilled to receive the book. One person said "There is so much good information about the season in this book." Another said ... Read full review

I bought 10 of these for my bible study for Easter and I was very impressed with the look and the information inside. A great value for the money. Read full review

Ace Collins is the writer of more than sixty books, including several bestsellers: Stories behind the Best-Loved Songs of Christmas, Stories behind the Great Traditions of Christmas, The Cathedrals, and Lassie: A Dog's Life. Based in Arkadelphia, Arkansas, He continues to publish several new titles each year, including a series of novels, the first of which is Farraday Road. Ace has appeared on scores of television shows, including CBS This Morning, NBC Nightly News, CNN, Good Morning America, MSNBC, and Entertainment Tonight. 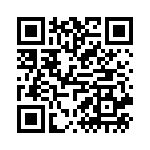