Page 4
However , a language that changes and ' adapts ' , features uniquely in various
traditions , and the most immediate symbol of changing political culture ? Yes ,
certainly . ' Ideology ' , ' Power ' , ' Consciousness ' , ' Praxis ' have loomed up and
...
Page 45
Some have argued that there is sufficient evidence to show that the Satsumon
culture developed directly into the historic Ainu ( Aikens and Higuchi 1982 , 315 )
. Others , however , have pointed out that Jomon - Satsumon - Ainu connections ...
Page 53
He did not , explicitly , identify the people who created Jomon pottery , simply
discussing the ' Jomon culture ' and its regional and temporal variations . 1966 ,
The Jomon economy was based on the hunting and collecting of land and water
... 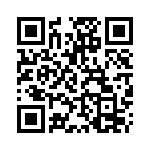