Page 54
Mr. Cocke : The second resolution reads as follows : WHEREAS , the President of the United States has nominated former Governor J. Lindsay Almond , Jr. , for the existing vacancy on the United States Court of Customs and Patent Appeals ...
Page 136
JOHN STRICKLER 1902-1961 John Strickler , formerly United States District Attorney for the Western District of Virginia , died at his home in Roanoke , Virginia , on November 22 , 1961 , at the age of 59 years .
Page 219
Those who are tempted in this country to slight Europe , or to keep her permanently under their protection , or to prevent her from becoming in every respect , including nuclear weaponry , the equal of the United States , or , in order ... 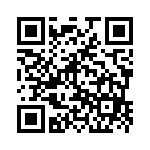