Paul M. Churchland is Emeritus Professor of Philosophy at the University of California, San Diego. He is the author of The Engine of Reason, the Seat of the Soul, Matter and Consciousness: A Contemporary Introduction to the Philosophy of Mind (both published by the MIT Press), and other books. 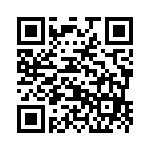