Must read for all Christians. 5 Star Classic book - this is an excellent read for anyone that is ready for the next spiritual adventure, this book has helped me to come to come out of my ignorance about Jesus vs Paul. This book will help to bring you closer to the truth.. however I feel there should be a follow up book to this called Who is really Jesus ?

Even though the author uses some scripture out-of-context, the fact remains that Paul's LETTERS were just that...letters to Churches, newly formed; in areas that still worshiped idols, fornicated, had homosexual tendencies and did not know God. We MUST remember the time-frame of Paul's letters too. Only a few years after Jesus's Death on the Cross. Almost all the other writings came about AFTER Paul's writings. Matthew, Mark, Luke and John went about firing over Paul's bow; without singling him out by name. If you really STUDY these words (especially John's writings) and Jesus's words; Paul is out in left field.
Should all of what Paul said be thrown out? NO! Many of his observations are just as valid today, for we still fornicate, steal, lie, and as a society are as wicked as the Romans,,Greeks and the pompous Pharisees.
Satan is VERY tricky, he blends his lies with enough truth to sound good. Paul's so called "Doctrine" adopted by "The (Catholic) Church" is every bit as dangerous if you think that it is "unerring" "divine" is "God's word" or any other catch-phrase. ALWAYS go back to the original laws, that Jesus himself said: not one jot, nor one tittle is changed until he comes or the end of creation itself happens (nuclear war)...if you can not draw a oneness with Jesus's or God's words then the "doctrine" is false. Religion is "Crowd Control", READ, Read, and read some more...as for guidance as it says in James 1:6 and patiently wait for your answer. Del Tondo beats a dead horse with this book a bit too, but for a follower of Christ to the Chreaster it will get you to study GOD's word more thoroughly.

Page 303 - And it came to pass, that, as I made my journey, and was come nigh unto Damascus about noon, suddenly there shone from heaven a great light round about me. 7 And I fell unto the ground, and heard a voice saying unto me, Saul, Saul, why persecutest thou me ? 8 And I answered, Who art thou, Lord? And he said unto me, I am Jesus of Nazareth, whom thou persecutest.
Appears in 482 books from 1755-2007
Page 76 - Who also hath made us able ministers of the new testament ; not of the letter, but of the spirit : for the letter killeth, but the spirit giveth life.
Appears in 1242 books from 1625-2008
More
Page 73 - And you, being dead in your sins and the uncircumcision of your flesh, hath he quickened together with him, having forgiven you all trespasses; blotting out the handwriting of ordinances that was against us, which was contrary to us, and took it out of the way, nailing it to his cross; and having spoiled principalities and powers, he made a shew of them openly, triumphing over them in it.
Appears in 1276 books from 1715-2008
Page 266 - What shall we say then ? Is the law sin ? God forbid. Nay, I had not known sin, but by the law : for I had not known lust, except the law had said, Thou shalt not covet.
Appears in 1101 books from 1708-2008
Page 197 - If there be among you a poor man of one of thy brethren within any of thy gates in thy land which the LORD thy God giveth thee, thou shalt not harden thine heart, nor shut thine hand from thy poor brother : but thou shalt open thine hand wide unto him. and shalt surely lend him sufficient for his need, in that which he wanteth.
Appears in 389 books from 1805-2007
Page 148 - But I have a few things against thee, because thou hast there them that hold the doctrine of Balaam, who taught Balak to cast a stumbling-block before the children of Israel, to eat things sacrificed unto idols, and to commit fornication.
Appears in 819 books from 1689-2008
Page 320 - And when there had been much disputing, Peter rose up, and said unto them, Men and brethren, ye know how that a good while ago God made choice among us, that the Gentiles by my mouth should hear the word of the gospel, and believe.
Appears in 659 books from 1699-2008
Page 87 - But as then he that was born after the flesh persecuted him that was born after the Spirit, even so it is now.
Appears in 875 books from 1698-2008
Page 95 - For verily I say unto you, Till heaven and earth pass away, one jot or one tittle shall in no wise pass away from the law, till all things be accomplished.
Appears in 810 books from 1801-2008
Page 86 - So we also, when we were children, were held in bondage under the rudiments of the world : but when the fulness of the time came, God sent forth his Son, born of a woman, born under the law, that he might redeem them which were under the law, that we might receive the adoption of sons.
Appears in 594 books from 1823-2008
Less 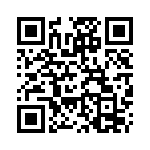