Page 10
Ritual behaviour , by contrast , is essentially communicative , and serves to
convey information , in a symbolic code , about group membership or social
identity ( Leach 1966 , 403 ; cf. 1954 , 12 ; 1976 , 9 ) . The division , then , is
between a ...
Page 23
Being traditional , techniques have a past : behind all social facts ( including
techniques ) lies history , habitudes , circumstance and connections ( e.g. 1924 ) .
The release of man from animal impediments , the development of techniques
and ...
Page 45
And Landes points to the problem of energy and the fact that wood depletion
caused Britain to switch to coal much sooner than France ( 1969 ) . Then there
were the organic and institutional differences between the social systems in
Britain ... 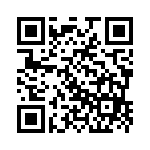