Page 114 - Who changed the truth of God into a lie, and worshipped and served the creature more than the Creator, who is blessed for ever. Amen.
Appears in 977 books from 1735-2008
Page 116 - Let them praise the name of the Lord: for His name alone is excellent; His glory is above the earth and heaven.
Appears in 802 books from 1706-2007
More
Page 37 - Beware lest any man spoil you through philosophy and vain deceit, after the tradition of men, after the rudiments of the world, and not after Christ. For in him dwelleth all the fulness of the Godhead bodily. And ye are complete in him, which is the head of all principality and power...
Appears in 529 books from 1756-2008
Page 118 - For the corruptible body presseth down the soul, and the earthly tabernacle weigheth down the mind that museth upon many things.
Appears in 234 books from 1707-2007
Page 112 - In the beginning was the Word, and the Word was with God, and the Word was God The same was in the beginning with God. All things were made by him; and without Him was not anything made that was made. In Him was life; and the life was the light of men. And the light shineth in the darkness; and the darkness comprehended it not.
Appears in 351 books from 1820-2008
Page 192 - Not that I speak in respect of want : for I have learned, in whatsoever state I am, therewith to be content. I know both how to be abased, and I know how to abound : every where and in all things I am instructed both to be full and to be hungry, both to abound and to suffer need. I can do all things through Christ which strengtheneth me.
Appears in 284 books from 1810-2008
Page 170 - Who wilt not suffer us to be tempted above that we are able; but wilt with the temptation also make a way to escape, that we may be able to bear it.
Appears in 273 books from 1801-2008
Page 149 - But this spake he of the Spirit, which they that believed on him were to receive : for the Spirit was not yet given ; because Jesus was not yet glorified.
Appears in 296 books from 1824-2008
Page 158 - ... eye hath not seen, nor ear " heard, nor hath it entered into the heart of man to
Appears in 696 books from 1800-2008
Page 170 - For Thou, Lord, dost judge me: because, although no man knoweth the things of a man, but the spirit of a man which is in him, yet is there something of man, which neither the spirit of man that is in him, itself knoweth.
Appears in 132 books from 1803-2008
Less

Saint Augustine was born to a Catholic mother and a pagan father on November 13, 354, at Thagaste, near Algiers. He studied Latin literature and later taught rhetoric in Rome and Milan. He originally joined the Manicheans, a religious sect, but grew unhappy with some of their philosophies. After his conversion to Christianity and his baptism in 387, Augustine developed his own approach to philosophy and theology, accommodating a variety of methods and different perspectives. He believed that the grace of Christ was indispensable to human freedom, and he framed the concepts of original sin and just war. His thoughts greatly influenced the medieval worldview. One of Augustine's major goals was a single, unified church. He was ordained a priest in 391 and appointed Bishop of Hippo, in Roman Africa, in 396. Augustine was one of the most prolific Latin authors in terms of surviving works, and the list of his works consists of more than one hundred separate titles. His writings and arguments with other sects include the Donatists and the Pelagians. On the Trinity, The City of God, and On Nature and Grace are some of his important writings. Confessions, which is considered his masterpiece, is an autobiographical work that recounts his restless youth and details the spiritual experiences that led him to Christianity. Many of Augustine's ideas, such as those concerning sin and predestination, became integral to the doctrines of the Roman Catholic Church. In the Catholic Church he is a saint and pre-eminent Doctor of the Church, and the patron of the Augustinians. He is the patron saint of brewers, printers, and theologians. Augustine died on August 28, 430. 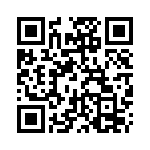