Page 10
... State for Political Affairs tember to apply for shares in he expects Asia as a whole to eased a US - based newspaper Michael Armacost in New the first public offering of 49.5 continue to outperform deJublisher who had been ar York .
Page 35
“ Those who would renounce the Vietnam says it will talk to all three members of coalition Khmer Rouge would be allowed to take part in the elections as ordinary citi By Nayan Chanda in New York zens , ” Giang said . conversation .
Page 7
... Amsterdam , Bahrain , Frankfurt , Geneva , Jersey , London , Los Angeles , Luxembourg , Monaco , Munich , Nassau , Neu York , Panama , Paris , San Francisco , Zurich . reach of the Chase network to make those goals reality. 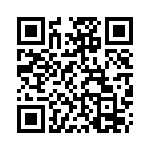