Tan Tarn How, senior research fellow at the Institute of Policy Studies, Singapore, graduated in 1982 from Peterhouse College, University of Cambridge with BA Honours in the Natural Sciences Tripos. He also has a Diploma in Education from Singapore’s Institute of Education. After teaching, he joined The Straits Times and from 1987-1996 was a political reporter, op-ed writer, arts deputy editor, and foreign correspondent in Hong Kong and Beijing. He left to be head scriptwriter for television drama and comedy at MediaCorp for about two years before returning to the newspaper in 1999 to be its science and technology editor, political correspondent and deputy news editor until 2005. He has also been the associate artistic director of the drama company Theatreworks, leading workshops for budding playwrights. 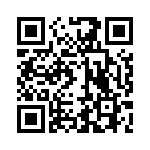