Irwin Epstein has held research positions at Mobilization for Youth and the Institute of labor and Industrial Realtions at the University of Michigan, where he is currently professor of social work. Together with Dr. Tripodi and Dr. P. Fellin, he coauthored Social Program Evaluation and Social Workers at Work.Tony Tripodi is professor of social work at the university of Michigan and is a member of the Editorial Board of Evaluation and Program Planning. He is the author of Uses and Abuses of Social Research. 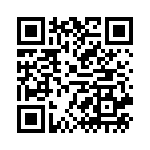