Page 138
many of the civic enterprises in this city , serving as Commander of Post 57 of the
American Legion , Chairman of the SuffolkNansemond County Chapter of
American Red Cross , and held membership in the Masons , Elks and the Suffolk
...
Page 140
James Green Martin was born in Norfolk on January 1, 1881, his father, William
Bruce Martin, who, whilst born at Elizabeth City, North Carolina, and who in turn
was the son of General James G. Martin, Adjutant General of North Carolina and
a ...
Page 145
Mr. Page died in the city of Norfolk June 10, 1954. His family moved to the United
States when he was fourteen years old, first settling in Long Island, N. Y., and
later in Princess Anne County, Virginia. As a youth he was employed as a
printer's ... 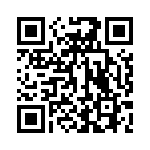