I like Ellen a lot, but to read this book I needed to be in the mood for stand-up, because that's essentially what it was. (Some of the bits were actually from one of her shows that I've seen on DVD ... Read full review

As many other reviewers have said, this was enjoyable & entertaining, but not hilarious. It seemed on par with her stand-up comedy, which is decent enough, and audio is definitely the way to go, since ... Read full review

Page 4 - My favorite exercise is walking a block and a half to the corner store to buy fudge. Then I call a cab to get back home. (There's never a need to overdo anything.) 5.
Appears in 2 books from 2003-2005

Ellen DeGeneres is an American stand-up comedian, actress, producer, and currently the Emmy Award–winning host of the syndicated talk show The Ellen DeGeneres Show. She has appeared in several films, including as the voice of "Dory" in Finding Nemo?, as well as the sitcom Ellen. In 1997, she came out publicly as a lesbian in an appearance on The Oprah Winfrey Show and her character on Ellen came out short after. She currently lives in Los Angeles with her wife, Portia de Rossi. 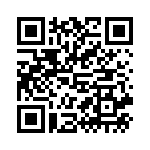