Dr. Parwani is a theoretical physicist, with interests in quantum
theory, cosmology, astrobiology, consciousness, and yoga.
He currently resides on the Third Rock from the Sun. 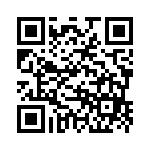