Robbie Goh is Associate Professor and Head of the Department of English Language and Literature of the National University of Singapore. Educated at the National University of Singapore and the University of Chicago, he is the author of Sparks of Grace: The Story of Methodism in Asia, the co-editor (with Brenda S. A. Yeoh) of Theorizing the Southeast Asian City as Text, the co-editor (with Shawn Wong) of Asian Diasporas: Cultures, Identities, Representations, and the author of numerous articles on urban and Asian cultures, and Anglophone literatures. 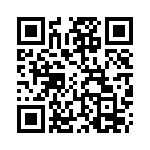