Covers the rise of mercenaries, exemplified by Blackwater, who are receiving very large amounts of money to keep the peace in hotspots around the world. Of course, while Blackwater's owner and senior ... Read full review

A comprehensive and a bit shocking overview of Blackwater and the privatization of our military capabilities.the US is using a private army in the Middle East that has been built by Christian evangelicals - radicals... Read full review

Jeremy Scahill is one of the three founding editors of The Intercept. He is an investigative reporter, war correspondent, and author of the international bestselling books Dirty Wars: The World Is a Battlefield and Blackwater: The Rise of the World's Most Powerful Mercenary Army and coauthor of The Assassination Complex. Scahill has served as the national security correspondent for The Nation and Democracy Now! and was twice awarded the prestigious George Polk Award. Scahill is a producer and writer of the award-winning film Dirty Wars, which premiered at the 2013 Sundance Film Festival and was nominated for an Academy Award. 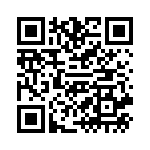