The authors have done their best to draw a number of close parallels between the European Renaissance of 1399 – 1600 CE, and the present set of circumstance currently available to the world’s ... Read full review

Review: Age of Discovery: Navigating the Risks and Rewards of Our New Renaissance

Society is presently at a crossroads, despite economic and political problems around the world. Development potential is at a high, technology is changing our world at a breakneck pace and we are in a ... Read full review

Ian Goldin is Director of the Oxford Martin School and Professor of Globalisation and Development at the University of Oxford. He was Vice President of the World Bank and prior to that the Bank's Director of Development Policy. From 1996 to 2001 he was Chief Executive and Managing Director of the Development Bank of Southern Africa, and also served as an advisor to President Nelson Mandela. He has been knighted by the French government and is an acclaimed author of 20 books.

Chris Kutarna is a two-time Governor General's Medallist, a Sauvé Fellow and Commonwealth Scholar, and a Fellow of the Oxford Martin School with a doctorate in politics from the University of Oxford. A former consultant with the Boston Consulting Group, then entrepreneur, Chris lived in China for several years, speaks Mandarin, and remains a regular op-ed contributor to one of China's top-ranked news magazines. He resides in Oxford, Beijing and Regina. 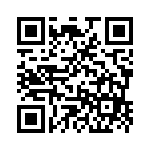