Eithne Luibhéid is an Associate Professor of Gender and Women’s Studies at the University of Arizona. She is the author of Entry Denied: Controlling Sexuality at the Border (2002) and Pregnant on Arrival: Making the ‘Illegal’ Immigrant (2013), as well as co-editor of Queer Migration: Sexuality, U.S. Citizenship, and Border Crossings (2005).

Donna J. Guy is Distinguished Professor of Humanities and History at Ohio State University. Her publications include Feminisms and Internationalism (co-edited with Mrinalini Sinha and Angela Woollacott, Blackwell, 2000), White Slavery and Mothers Alive and Dead (2000)and Women Build the Welfare State: Performing Charity and Creating Rights in Argentina, 1880-1955 (2009). 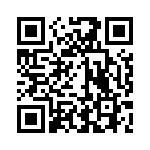